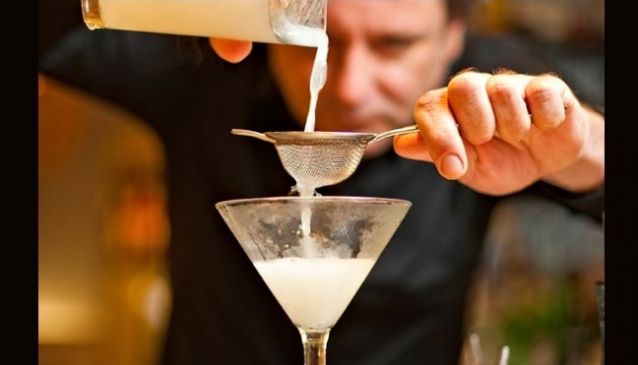 RUMBA[R] - No, it's not the latest dance craze to hit the buzzing resort of Airlie Beach, although the connection does have its roots in Latin America. RUMBA[R] is, in fact, the Rum Bar, the most exotic drinking establishment in this busy resort town.

On to the Rum side of things, you certainly can't miss the Rum wall, and if you thought that Rum was only for hairy old sailors, the bar staff will show you otherwise. With a collection of over 280 Rums, including some extremely rare examples, there's a Rum for everyone. But it doesn't stop there, there are Rum tasting sessions, Rum quizzes and drink festivals, there's always something going on in the world of Rum.

Rum aficionados take their shots like a man, straight up and without anything added; however, there are other ways to enjoy it too. The most popular alternative to Rum straight up is in cocktails, and one of the best cocktails at the Rum Bar is a Mojito. The Mojito contains five simple ingredients; rum (the crucial ingredient), mint, lime and sugar topped with soda water, and that's it. This recipe had been around for donkey's years, and according to legend, was originally named a Draquecito after the pillaging pirate Sir Francis Drake. Unfortunately, Sir Francis must have had one too many as the name was suddenly transposed (or slurred) to Mojito. This is one of the signature cocktails at the Rum Bar in Airlie Beach, and according to NINEmsn Travel, it's one of the TOP 10 places in the world to try out this gorgeous drink.

The Whitsundays is surrounded by sugarcane country so it will come as no surprise that they have the largest choice of ingredients when it comes to making the perfect Mojito. Mark Wyatt, the Bar Manager, has a saying - 'to say you don't like rum is like saying you don't like music', and if you ask him (or any of his staff) to conjure you up one of these little devils, there'll be no going back. So what's the reason the Mojitos here are so good? They're made with the very best fresh, juicy limes, real fresh aromatic mint - not the stuff you buy in the supermarket and of course the best quality Cuban rum such as Havana Club. There you have it, the best Mojito ever.

So from the Rum rookie to the seasoned enthusiast the RUMBA[R] is Australia's and one of the world's most popular Rum Bars. Now you've got to try it for yourself.