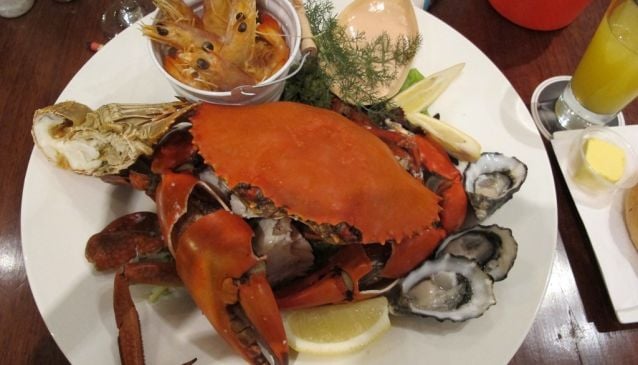 What do an award winning seafood restaurant and Rum bar have in common? Answer - a relaxed atmosphere and simply d'vine food, in other words - Fish D'vine and Rum Bar.

But these are not two separate identities under the same roof as their menu proves, chilli mud crab with a Hemmingway Daiquiri or barbequed tiger prawns with a Mojito, are brilliant combinations of fish and Rum. But, if you think you don't like fish, or you think you don't like Rum, or you think that fish and Rum don't mix, give it a chance because Fish d'vine may just change your mind.

First the food. With filling Super Seafood Platters for two to Beer Battered Fish and Chips, at Fish d'vine you can enjoy the tastiest dishes around. Typical Aussie tucker and beautiful fish dishes with an Asian or spicy twist, even the little nippers are catered for with a special menu for kids. But, if you REALLY don't like fish you're still welcome, and because the team are so laid back, they even have a non-fish menu.

On to the Rum side of things, you certainly can't miss the Rum wall, and if you thought that Rum was for hairy old sailors let the bar staff show you otherwise! With a collection of over 280 Rums, including some extremely rare examples, there is a Rum for everyone, on its own or in a cocktail. It doesn't stop there, there are Rum tasting sessions, Rum quizzes, and drink festivals, there's always something going on in the world of Rum.

So from the Rum rookie to the seasoned enthusiast and from the salty sea dog to the new fish on the block, Fish d'vine is Australia's most popular fish café and Rum Bar.

All of our providers offer 24/7 support

Create & Share your own Guide to Whitsundays with friends and family!

Add your recommended places to visit by browsing the website and pressing the icon.

We Are Part of the My Guide Network!