Misconceptions about the Whitsundays

Whitsundays, the heart of the Great Barrier reef. Great one day, perfect the next!

When it comes to misconceptions, there are quite a few about the Whitsundays. So this is where we put the record straight, and show you that this is the PERFECT place to visit if you’re travelling on the east coast of Australia. 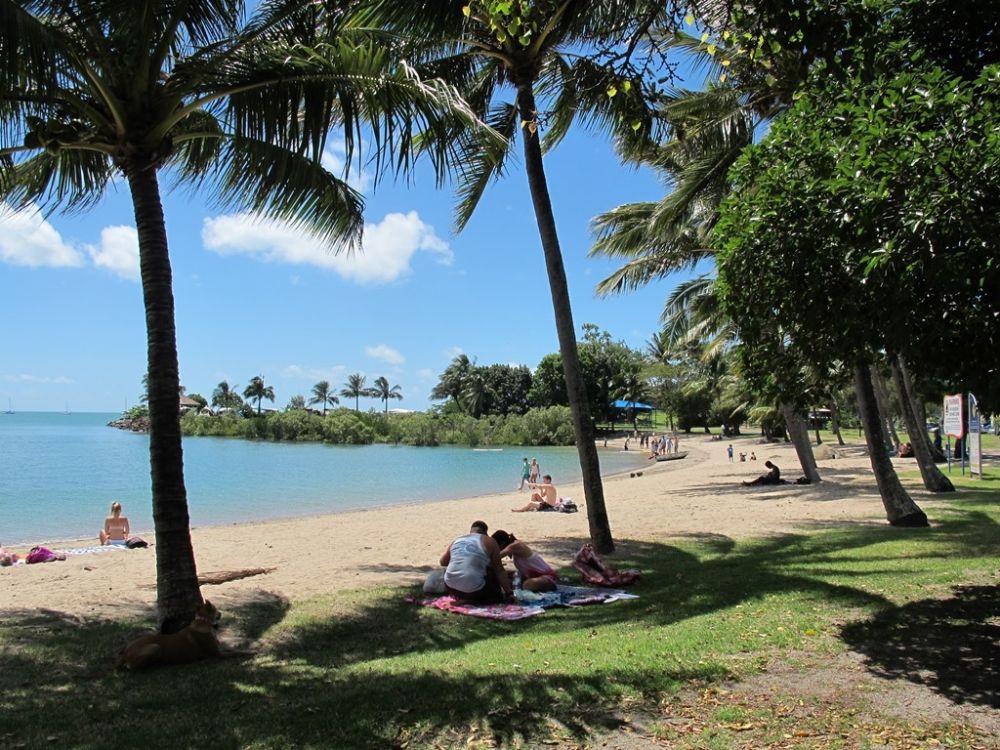 Many of the misconceptions about the Whitsunday are weather related. At 7,686,850 km2 (2,967,124 miles2), Australia is the 6th largest country on the planet, this means there’s a huge difference in the weather between the north and south. Watch the weather reports and you’ll see the weather for Sydney, Brisbane, Townsville and Cairns, but in between Brisbane and Cairns there’s a little protected microclimate called the Whitsundays, which doesn’t always get a mention. The weather is so different here that it may be raining in Proserpine or out on the reef, but at Airlie Beach, there could be blue skies and not a cloud in sight, or vice versa. To get the best from your stay, make sure you check out the My Guide Whitsundays weather page.

The Whitsundays is the dividing point between the tropical north and the cooler south; it's sub- tropical, which means it has a lot going for it.

Misconception number 1 - It’s humid. I don’t like humidity because it makes me tired, hot and sweaty; my glasses even steam up.

Anyone who’s been to the far north east coast of Australia will tell you that when you walk out of an air-conditioned building your glasses do steam up. That’s because the area is tropical and experiences high humidity. High humidity is great for the rainforests and lush plants, but for wearers of glasses and for those who get bitten, humidity isn’t all that comfortable.

The good news is that high humidity doesn’t affect the Whitsundays nearly as much. Most days the humidity is relatively low; it’s only after a heavy downfall followed by a warm day that it rises slightly. When this happens you may experience foggy glasses for a couple of minutes, and even then the raised humidity will usually only occur for a few hours. So, there’s very little chance of steamy glasses, or feeling hot, tired and sweaty.

Check out the links below which will show you about the average rainfall, humidity, hours of sunshine and temperature around the Whitsundays, and further a field for comparison.

Yes it does flood on the flatter inland areas, but Queensland is a huge part of the country and the Whitsundays are quite mountainous. When the coastal area experiences a downpour the rain drains away into the ocean. Any water that’s collects and forms puddles quickly evaporates, but before they disappear, why not have a go at splashing around barefoot, its great fun once in a while!

Misconception number 3 - I don’t want to get caught up in a cyclone.

Yes these occur too, but the Whitsundays are well protected by the islands and the reef, and most of the time, the weather passes right by rather than causing any real damage. A howling gale may be raging to the north and the south, but the Whitsundays can stay pretty calm and sunny. Check out this cyclone data. 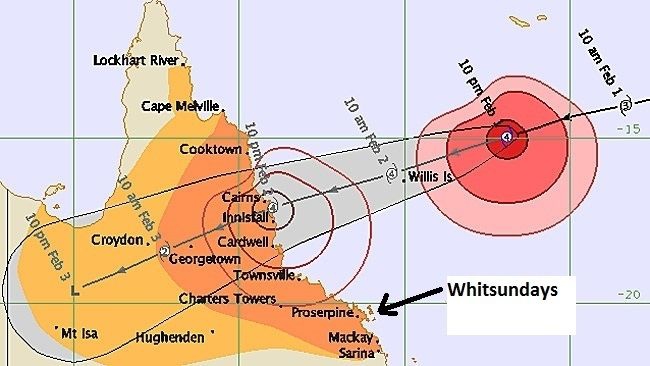 The Great Barrier Reef is one of the Seven Natural Wonders of the World and is the world’s largest coral reef system, covering 2300 kilometres. It’s a living reef, so it’s not just the fish that are alive; the coral is living too.

Misconception number 4 – It takes a long time to get to the reef; there’s really only one place on the coast where you can get there quickly.

For many years there was a popular destination along the far north east coast of Australia which was a Mecca for visitors to the Great Barrier Reef. It was popular because it was the closest point on the mainland with reef access. This was good and bad - good for the visitors and bad for the coral. Before it was really understood what damage could be caused by unregulated visits, walking on coral and by boats, some of the living coral died. Now of course there is very strict control, and thankfully there is still stunning living coral to visit, but there’s more good news. Visitors to the Whitsundays are now just as close to the good coral as visitors who travel to the far north. Even better, there are beautiful fringing corals around many of the islands within a 15 minute boat ride of Shute Harbour and Able Point Marina at Airlie Beach. It’s great for those with limited time, or if you don’t like boats, you can swim out to some very pretty coral and marine life from the East Coast of Australia on the Mainland at Horseshoe Bay in Bowen and you can't get closer or cheaper than that!

Misconception number 5 – You get bitten to death by mozzies

From reading about the weather, you will already know that the Whitsundays is sub-tropical, not tropical, which makes it practically mozzie free. The disease carrying insects don’t travel as far south as the Whitsundays; they prefer it where it’s hot and humid. That’s not to say there aren’t mozzies, because after the rain and in the bush there are, but at much lower numbers than our Far North East Coast neighbours. Despite this, it’s always advisable to wear sunscreen and insect repellent, to protect against sunburn and any bite allergies. 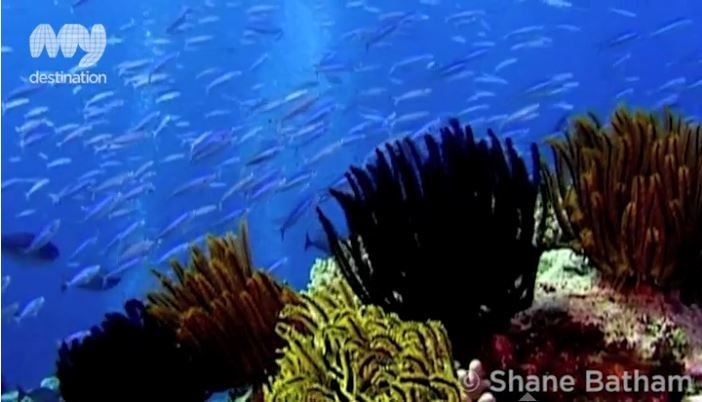 Misconception number 6 – Its dangerous to swim in the ocean as there are sharks and big waves.

Around the Whitsundays there are sharks in the water; however, most of these are Reef Sharks and not Tiger or Great White Sharks. So, as long as you leave the Reef Sharks alone, they’ll leave you alone. Just to make sure, there are clear warning signs on all unsupervised beaches, these will tell you about the dangers which you may meet in the water. In most cases these are seasonal, referring to stingers (jellyfish), but the signs explain the dangers, tell you when you shouldn’t swim and what to do if you are stung. The islands and Great Barrier Reef protect the Whitsundays so most of the time there very few, or no waves at all on the foreshore. The ocean can have perfect glassy conditions with no rip, but take care, read the warnings, and enjoy yourself.

Misconception number 7 - The Whitsundays are islands

Spot on - The Whitsundays consist of over 74 inhabited and uninhabited islands, but it does also have a stretch of mainland with some lovely towns to visit. There’s Airlie Beach, the main hub of the Whitsundays and gateway to the Great Barrier Reef, another jumping point to the islands is Shute Harbour. Conway National Park has superb walking tracks of all grades and stunning seasonal waterfalls, then there’s Proserpine, home to some quirky shopping and Peter Faust Dam, great for recreational fishing. Ultimately, you come to the northern most point of the Whitsundays, Bowen, the setting for the movie Australia, with Nicole Kidman and Hugh Jackman. So you see, there’s lots of mainland as well.

The Whitsundays is a little oasis on its own. There could be cyclones and storms, mozzies and Tiger Sharks right next-door, but they prefer to leave the Whitsundays alone and concentrate their efforts in other areas. Don’t take our word for it, come and discover for yourself. 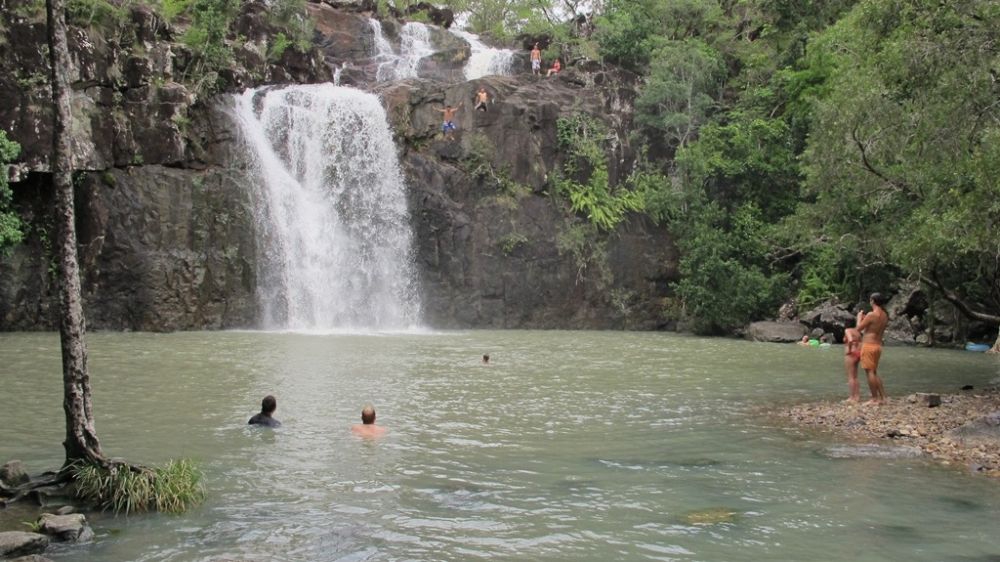