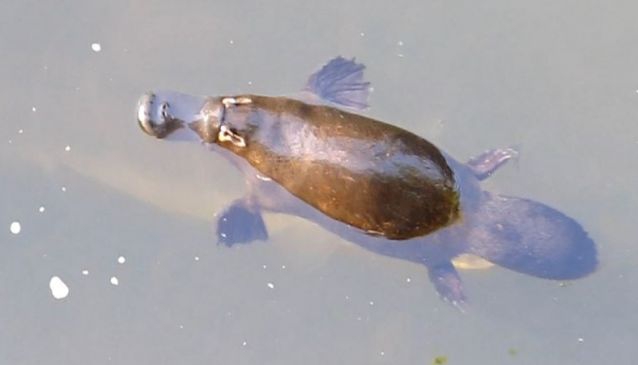 Pronounced 'young ella', Eungella National Park is an unexpected oasis. Isolated for thousands of years, it has now become one of Queensland's most ecologically diverse parks and home to an incredible variety of wildlife. Here amongst its majestic trees, creeks, fallen logs live animals, birds and insects that are found nowhere else in the world. For thousands of years, Eungella's rainforest has been cut off by areas of dry forest, and the park's species which love the moist habitat, have been unable to leave. This forced captivity has meant that many of the species have evolved into the park's own distinctive local wildlife.

The park is home to over 860 plant species and more than 250 species of birds, including the Eungella Honeyeater, one of only five new bird species discovered in Australia in the past 50 years. But it's not just birds that live here, the park is home to some incredible wildlife such as the rare platypus, one of only two egg laying mammals in the world; this is one of the very few places in the wild where you are likely to see them. As well as the rare platypus, you can observe turtles and eels at Broken River, or you can go bird watching in search of Red-Browed Finches, Blue Faced Honeyeaters and Rainbow Lorikeets. On the trails you may hear rustling from the ground, or maybe you'll see a flash of green feathers; these are the noisy Pittas, searching through the leaf litter for their next meal. Listen out for their song which sounds like 'walk to work', 'walk to work', a sound which carries easily across the rainforest.

The forest also provides protection for rare frogs. The secretive Eungella Tinker Frogs are very rarely seen, but you may hear their series of short sharp 'tinks' as they call to one another across the rocky creek. Two other endangered species of frog, the Eungella Day Frog and the Eungella Gastric-Brooding Frog also make the park their home. But it's not just the daytime when you can see these incredible creatures; nighttime presents the opportunity to experience spotlighting. After dark you will have the opportunity to see Tawny Frogmouths, Sugar Gliders, Greater Gliders and Brushtail Possums.

Surrounded by mist-covered mountains, Eungella National Park is an oasis of rare and unique creatures.